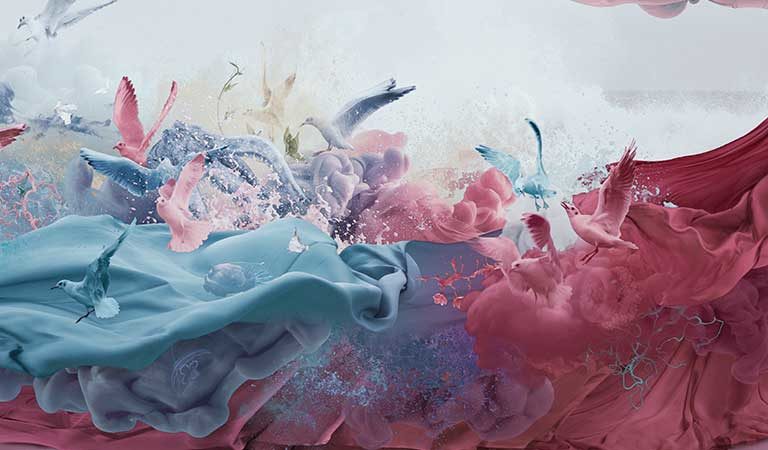 Q-Switched laser uses high powered short pulse widths to shatter the tattoo ink into smaller particles that are then slowly cleared by the body’s lymphatic system.

How many treatments are required?

The number of Q-Switched Laser tattoo removal treatments required depend on the type and colours of ink used. Generally, the number of laser treatments can vary from 4 to 12 treatments, with complex tattoos requiring more. Amateur tattoos are generally simpler to remove and require less treatments. Professional and multi-coloured tattoos require more complex treatments, using a variety of wavelengths. 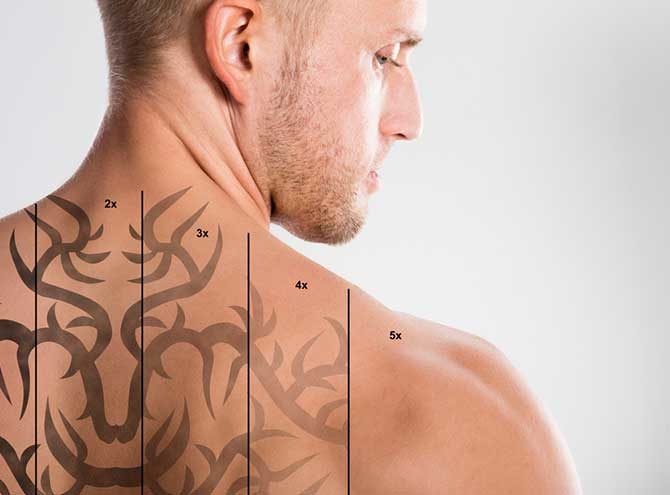 Consultations are FREE. Call 03 8686 5786 to book an appointment with the Centre’s expert Dermal Clinicians and Cosmetic Nurses.

Which Laser Technology is used for Laser tattoo removal?

The state of the art MedLite C6 Q-Switched Laser is used at Melbourne Laser & Aesthetic Centre, as it is the most successfully proven system to remove all colours safely and successfully. It has a long history of proven clinical studies and thousands of satisfied clients.

For all skin tones – from fair to dark skin

The Q-Switched is best known for its Photo-acoustic effect, a result of its combination of high power and nanosecond pulse technology that delivers peak energy. The result is a safe, highly effective method in harnessing peak power without the risk of pigmentation in dark skin tones.

The hallmark of Photo Acoustic technology is high peak power and short pulse duration. When combined, this generates a photomechanical or Photo Acoustic action against the target molecule, whether its collagen, tattoo ink or pigment.

At the heart of the technology is the Q-Switched mechanism. Acting as a high speed shutter, the Q-Switch stores energy between pulses and enables the laser to produce peak power output of 200 megawatts in 5-20 nanosecond pulse widths. The MedLiteC6 laser forces energy at such a high rate that the molecules fracture, without harming the surrounding skin.  It is this Photo Acoustic action which sets aside this Laser to the traditional photothermal effect that other lasers rely on. Instead of heat the MedLite C6 uses shock waves to produces incredible results.

Tattoos can be easily be modified by performing laser tattoo removal on part of the tattoo or it may be simply faded to accommodate a new tattoo design. The areas of the tattoo to be faded or removed are treated without affecting the tattoo areas which need to remain.

A new tattoo can be applied following the removal of the unwanted tattoo.

The Dermal clinicians and cosmetic nurses at Melbourne Laser & Aesthetic centre carefully work to strategically remove only the portion of the tattoo which needs to be changed.

At the heart of the technology is the Q-Switched mechanism. Acting as a high speed shutter, the Q-Switch stores energy between pulses and enables the laser to produce peak power output of 200 megawatts in 5-20 nanosecond pulse widths. The MedLiteC6 laser forces energy at such a high rate that the molecules fracture, without harming the surrounding skin. It is this Photo Acoustic action which sets aside this Laser to the traditional photothermal effect that other lasers rely on. Instead of heat the Q switch uses shock waves to produces incredible results.

Tattoos located at the body extremities take longer to fade due to the reduced lymphatic and blood circulation. Whereas the centrally located tattoos where there is greater blood and lymph flow are cleared with fewer treatments.

Black tattoos are the simplest to remove, however with the appropriate wavelengths almost all ink colours can be removed. The experienced clinicians will discuss the procedure and wavelengths required to treat the coloured tattoo as effectively, with the least number of sessions possible.

The darker skin tones may require more treatments as lower energy is generally used to treat the tattoo.

It cannot be guaranteed that the tattoo is completely removed in all cases, however in most cases it is possible with sufficient treatments.The multi-coloured tattoos are the most persistent however with sufficient number of treatments, they too usually gradually disappear.

The fading process generally becomes evident after 2 to 3 treatments, therefore some patience is required.

An initial consultation with one of the expert clinicians and cosmetic nurses is necessary to ensure who is a candidate for the treatment. Tattoo removal can be uncomfortable however the clinicians at Melbourne Laser & Aesthetic Centre use a chilled air system to constantly cool and numb the surface of the skin throughout the treatment. Additionally, topical anaesthesia can also be used for those who prefer it. This can be applied before attending the Laser centre or applied in the practice.

Treatment is extremely fast, the tattoo will appear frosted white, some swelling and pinpoint bleeding may be present. An ointment is applied immediately after laser treatment and a non stick dressing protects the area.

The tattoo may blister depending on the laser wavelengths used and occasionally crusts may form but generally the area heals quickly and without any complications. Bepanthen ointment is used for 1 to 2 weeks as home care.

Scarring is generally unlikely however is greatly dependent upon the tattoo application. A ghosting effect may result; whereby the tattoo skin appears lighter than the surrounding skin at the completion of the series of laser tattoo removal. This ghosting effect generally improves over the following 6 -12 months.