The concept Laser light was first discovered nearly 100 years ago by Albert Einstein. Today our Laser technologies are so far advanced that they are used in cosmetic, surgical and commercial industries. Cosmetic Laser and Light technologies range from gentle Low Level Laser therapy for the bio-modulation of cellular processes, the non-ablative cosmetic laser treatments to the ablation of tissue in Laser skin resurfacing.

What are the advantages of lasers?

Lasers emit monochromatic, coherent and collimated beams of light allowing them to deliver precise pulses of light energy to target specific chromophores in the skin. Unlike IPL (Intense pulsed light), lasers offer highly targeted treatment whereas IPL offers a broad range of light wavelengths which can also be versatile if treatment is less targeted.

Lasers and the electromagnetic spectrum

Most lasers used for cosmetic purposes emit laser light from within the visible (the colours of the rainbow) and infrared spectrum. The specific wavelength used determines the depth of penetration and its target chromophore. Melbourne Laser & Aesthetic Centre has many lasers to specifically treat the range of skin conditions on any one skin.

Different wavelengths of laser energy are absorbed at different rates and to varying depths into human tissue. This is due to the presence of certain chromophores within skin: water, melanin pigment andhaemoglobin in red blood cells. Similarly different coloured inks in tattoos have specific laser wavelengths they absorb.

In general shorter wavelengths of laser light energy are absorbed readily into colours such as melanin and haemoglobin whereas longer wavelengths are principally absorbed by water.

Effects of laser : Photothermolysis and Photoacoustic

A process known as Photothermolysis results as laser light absorbs into the specific chromophore causing it to either denature or vaporise it depending on the type of laser used and chromophore which has been targeted. For example the 755nm laser which absorbs readily into melanin denatures its target chromophore whereas lasers targetingwatersuch as the YSGG 2790nm will cause vaporization of tissue (otherwise known as ablation).

Lasers with a Q Switched mechanism allow these lasers to produce an extremely short pulse duration in nanoseconds causing a photoacoustic effect; similar to producing a shockwave. In the case of tattoo ink the pigment is fragmented into smaller ink particles which are small enough for the body’s natural immune cells to remove them.

The depth of penetration depends on the length of the wavelength and its affinity for the chromophore target. For example the Nd YAG 1064nm laser has the deepest penetration allowing it to treat deep structures such as blood vessels and hair. It is especially beneficial to those with darker skin tones as it by-passes the surface colour as absorbs into the dermal chromophores.

The affinity for the wavelength for its target chromophore can be considered as in how well it absorbs into it. For example the 755nm laser has a high affinity to melanin providing an ideal laser for hair removal. This high absorption can be somewhat limiting with darker skin tones. 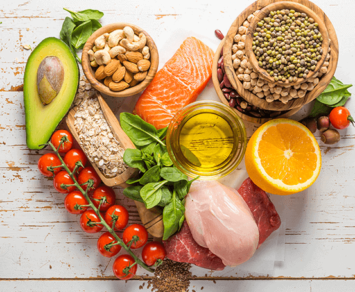 Foods made for your skin! Our guide to maintaining better gut and skin health this Summer. 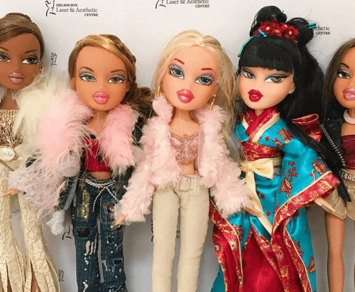 Happy Anniversary! Celebrating 25 Years
Follow us on Instagram
LED treatment is one of our most popular treatment

Our product of the week: MLAC Moisture Mask. This